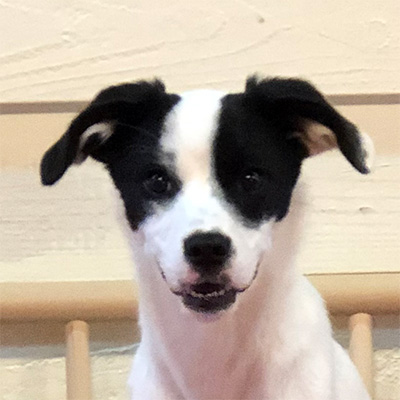 Some of the dog breed names can be real head-scratchers. While a little boring and lacking in marketing appeal, this breed name is spot on.

Just as in the United States, Early 19th century European “Settlers” began to migrate westward to the Australian continent’s interior and found it ideal for raising cattle. A good working dog was in order. But, while the US interior can have challenging weather, the Australian interior can be down-right brutal for man, plant and beast.

These migrants brought their English herding dogs, Smithfields, but they were unable to adapt to the extreme weather and terrain. To boost the dog’s durability, the Smithfields were crossed with other breeds, most notably Dingos, a breed originally brought to Australia by its earliest human inhabitants, but had since formed packs and existed successfully in the wild for centuries.

While a better combination was later found using Dingos and Collies, decendents from this pairing were mixed with Dalmations to develop a breed that was more loyal and comfortable around horses. While close, ranch hands noticed a drop in this latest creations’ working ability. Finally, a dog with a respected work ethic, the Australian Kelpie, was worked into the mix to create the Australian Cattle Dog we know today.

The Australian Cattle Dog is highly intelligent and a loyal pack member, but this breed is extremely high-energy and was born to work. A walk around the block won’t cut it with these dogs, they need a highly intensive workout with agility or sporting events being great options. They can be a great family pet, but be prepared to spend time with them.

When a dog breed is listed by AKC, they develop physical characteristics to maintain stringent breed consistency. This is desireable for most breeds, but the Jack Russell Terrier is unique.

Jack Russell’s were originally bred to hunt fox (they were even referred to simultaneously as Fox Terriers). To out-fox a fox, the original breeders worked to enhance the breed’s intelligence and stamina. As they got smarter, handlers found other jobs they could be trained to do and would themselves breed in characteristics to perform the new duties for their individual environments.

What resulted was a highly intelligent, high octane dog that could vary as much as 150% in size, be a kaleidoscope of colors with an equal variety of personalities. When the AKC inquired about listing the breed, JRTCA then stepped in fearing the breed would lose it’s hunting instinct and other skills that were so respected. The AKC agreed, but 20 years later, another attempt was made to list the breed. The AKC developed guidelines, but for a new descendent of the Jack Russells called the Parson Russell Terrier. Another descendent later became simply the Russell Terrier, and is also listed on AKC.

Trainability: C+
This may be more of a grade for the trainer than the trainee. Jack Russells are highly intelligent, but the trainer needs some experience in dog training and handling skills to be successful…and a little patience. Once they get it, though, Jack Russells will want to do it all day and with you. They’ve been known to be trained a skill only to later figure out a different, and better, way to perform it.

Jack Russells are very high energy, to the point of being referred to as hyperactive, and need an outlet. This can be challenging in a suburban or city environment. Leaving them in a fenced-in back yard is not suggested. They’re designed to out-smart foxes, so a cute picket fence really doesn’t stand a chance.