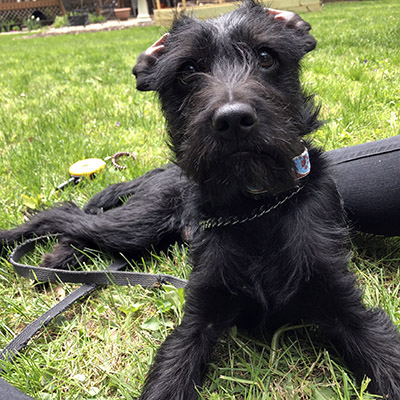 Yet, one of their other top-5 favorite traits is the Lab’s unrivaled temperament. The fun-loving, easy-going, highly intelligent Retrievers just want to be everybody’s friend, man or beast. But despite this outward appearance, the Lab is a bundle of energy on the inside.

This sturdy breed was bred to be a worker in a rough land and they need an energy release and be included in family activities. Without enough exercise, a Lab can display undesirable and destructive behavior.

After the Romans conquered the British Isles in the first century, they brought their heavy-boned herding canines to manage their herds. Just as Roman influence in the region began to wane, Viking incursions began to spike. The Viking herder-of-choice was a smaller, quicker, spitz-style dog. Soon after, the mix of these two breeds created the highly-intelligent and relentless Border Collie.

Similar to the Australian Cattle Dog, Border Collies come in a variety of sizes, shapes and colors and are highly respected for their work ethics and skills. Handlers can rely on their Border Collies to resolve stray cattle on their own even when far from the herd. Not only are they premier herders, they are equally skilled at search-and-rescue, therapy, military, and hunting environments. Likewise, they also have a number of groups working to maintain these amazing working skills.

As with other working dogs, Border Collies have an amazing amount of endurance and energy, which can be challenging in a home environment. They need lots of exercise or a job to do. Lacking that, they may devise a job on their own, and, as you can imagine, any job requiring teeth and claws is typically not good news for the average homeowner.

Trainability: C+
This may be more of a grade about environment than the Border Collie’s ability to learn. They can be loving, loyal pets and are highly intelligent with the added ability to reason on their own. Adapting to a reserved, suburban life, however, might be too much to overcome, particularly if left alone for long stretches during the day.

And even with regular, rigorous exercise, Border Collies love to herd and will try to do so with family members. They aren’t beneath nipping stray (what they consider) cattle in the hindquarters to move them back to the herd. So when grandma starts caning down the hallway by herself…

Learn more about Australian Shepherds at the American Kennel Club and The Border Collie Organization.