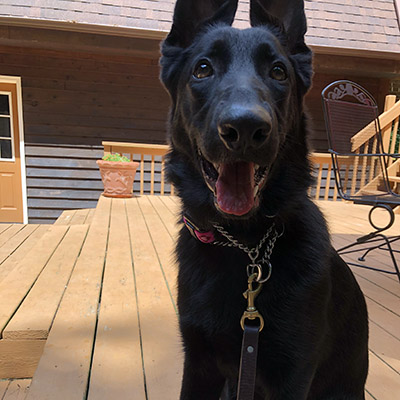 Rowan is a German Shepherd from Hilliard, Ohio and a graduate of Homestead Dogs Overnight Dog Training Class. You rock, Rowan!