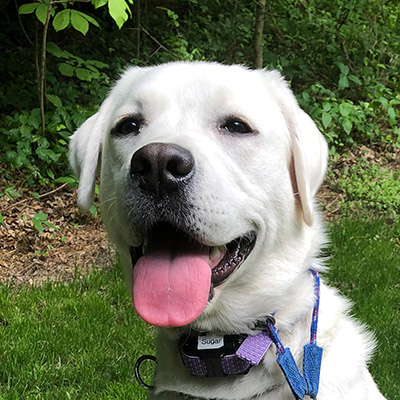 Sugar is a Labrador Retriever from Delaware, Ohio and a graduate of the Homestead Dogs 2-day Basic Puppy Obedience and Socialization Training Camp. Super, Sugar!