Puppy Training Near Me in Powell, Ohio >>> 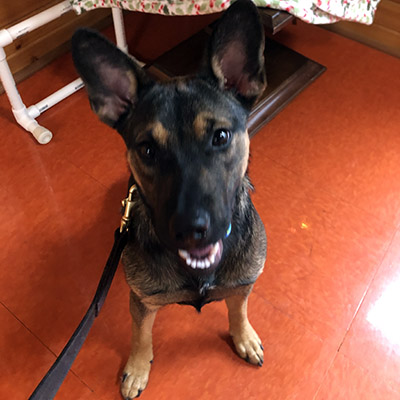 The Chukchi Indian Tribe lived isolated from the rest of humanity on Asia’s Siberian Peninsula. For generations, the Chukchi carved out an existence in one of the most inhospitable places on the planet by mastering their environment.

The Chukchi had long utilized dog packs, but with an extreme climate shift, their traditional dogs became less suited to the new weather patterns that pushed their hunting grounds further away. They set out to create a dog ideally suited for the large expanses and extreme weather of the Siberian Arctic, the Siberian Husky.

To maintain constant body temperature, many breeds develop an undercoat which cycles through seasonal growth and shedding. This undercoat hair cycle requires precious protein and fat resources. The Husky has unique, finely-intertwined secondary hairs that traps heat close to the skin and only regenerates once moderate weather arrives and food becomes plentiful.

Huskies were bred to be smaller but more powerful than the Chukchi’s tradition sled dogs. Combined with a unique hip and shoulder structure that maximized gait length, less overall skin surface reduced the likelihood of overheating, again preserving precious resources. Husky’s also have a unique gait that maintains at least one paw on the ground at all times.

Husky’s even have special adaptive digestive systems that operate best on a high-fat diet. Sled dogs can burn through 10-12,000 calories per day.

The Siberian Husky remained unknown until the turn of the 20th century when a Russian Trader entered his “Siberian Rats” into the All Alaska Sweepstakes Dog Race historically dominated by the larger Alaskan Malamutes. After finishing third, the Alaskan Mushers became fascinated with this new breed.

The Husky moved from athletic wonder to legend in 1925. January in Alaska and Nome is gripped in the worst storm in 20 years when a diphtheria epidemic hit. The United States Postal Service commonly used sled dogs to deliver mail to the outreaches of Alaska and under normal circumstances, would take almost a month to complete. In the brutal Alaskan environment, the serum would expire in six days.

In cooperation with the postal service, a series of Siberian sled dog teams were positioned to relay the serum almost 700 miles from the southern Alaska coast to Nome. Overcoming numerous white-out conditions and open water hazards, the Siberian Husky’s shared navigation duties with the mushers and delivered the serum with a half-day to spare.

The entire nation had become engrossed in the drama playing out and a coast-to-coast celebration tour followed finishing in New York City where a statue was erected to commemorate the great “Nome Serum Run”.

Trainability: C+
The Chukchi Indians valued their Siberians as much as a companion as they did for their work and bred out all aggressive behavior. Siberians hate to be alone. They love their pack, are intelligent, playful and do great with children and other dogs. Husky’s are high energy dogs that look for any and all opportunities to run, so even with training they likely will always need restrained.