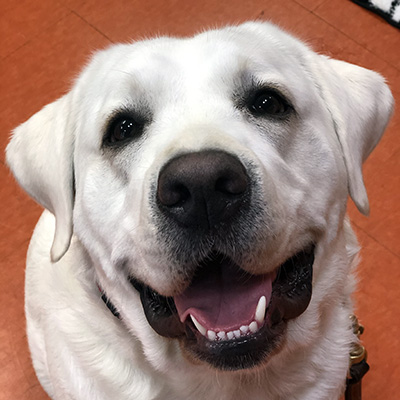 Phineas is a Labrador Retriever mix from Columbus, Ohio and a graduate of the Homestead Dogs Basic Dog Obedience Training Camp. Phineas is deaf and some of his training included learning hand signals. Fine Work, Phineas!