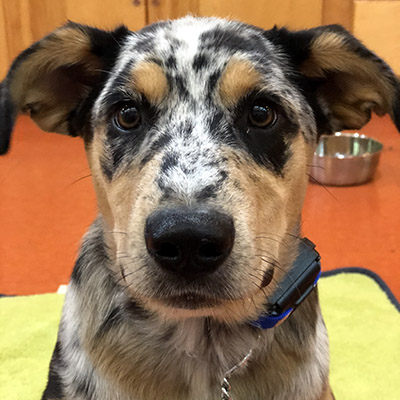 Ruby is a Catahoula Leopard Dog from Prospect, Ohio and a graduate of the Homestead Dogs Puppy Training and Socialization Camp. Rock on, Ruby!