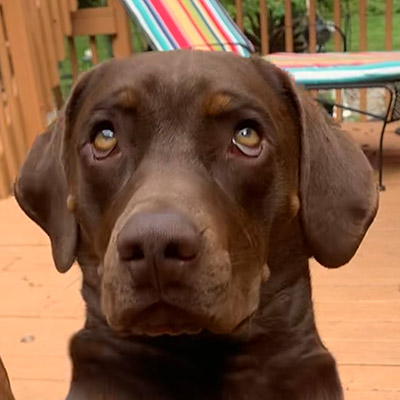 The Vizsla, or Hungarian Pointer, is one of the oldest hunting breeds, yet was not recognized by the American Kennel Club until 1960.

The Magyar people were the 1st century’s German Wehrmacht, descending from the Russian Steppes region to blaze a trail of death and destruction as far west as Paris. The Magyars built their aggressive strategy on speed, agility and toughness, incorporating these qualities into their arms, horses, and dogs. The latter of these resulted in the Vizsla, a small hunting dog that was quick and agile.

But, like the German Wehrmacht, The Magyars bit off more than they could chew and the remnants eventually were beat back into what is now known as Hungary. Throughout history, this region has been known for conflicts and conquests and by the mid-19th century, only a dozen Vizslas were known to exist. Their numbers continued to struggle through the World Wars and the following Russian occupation.

In 1950, three Vizslas were smuggled past the iron curtain to the United States, where they were welcomed by the sporting dog community. The Vizsla was bred with high intelligence and highly prized for their versatility and equally effective on land or water. Unlike other hunting dogs, though, they were splendid family pets and companions. They now rank in the AKC’s top 50 in breed popularity.

Trainability: B-
Without a job to do, an un-trained Vizsla can be difficult to live with. This high-energy dog needs an outlet for its energy. Fortunately, they love the attention they get from training and are highly curious, so a consistent training effort from puppy-hood should produce positive results. Vizslas can be a little sensitive, so training should always be focused on positive re-enforcement. Their high-intelligence can sometimes lead to manipulative behavior, so a sturdy hand is encouraged.

Read more about the Vizsla at the American Kennel Club and The Vizsla Club of America.